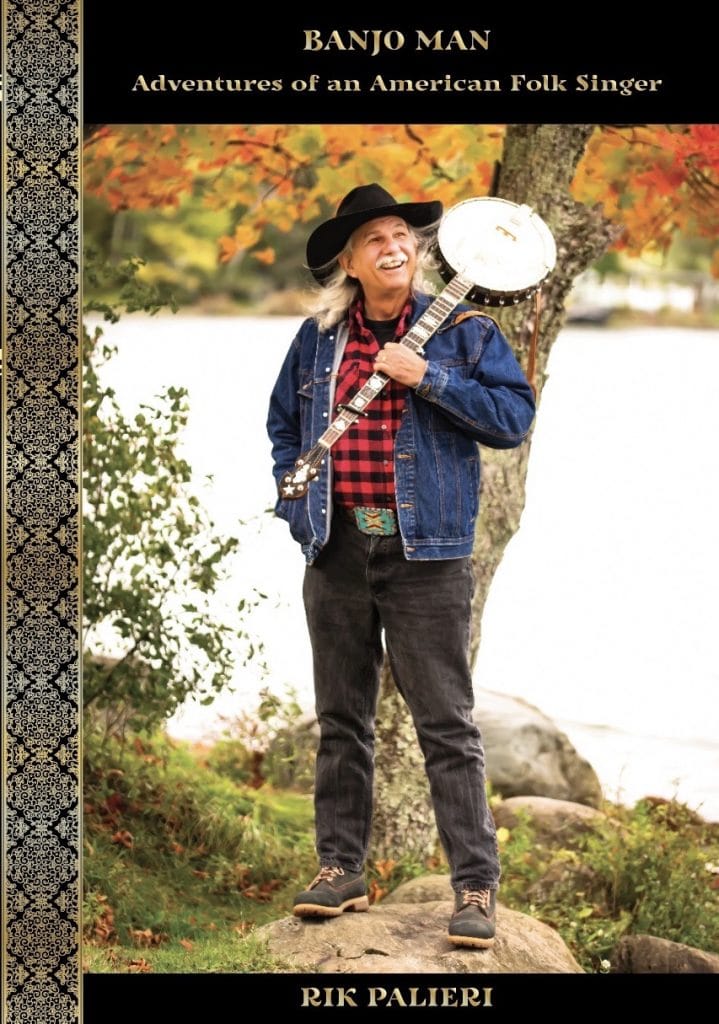 I had read that Pete was going to do a free evening concert in Central Park in New York City with Arlo Guthrie, and I marked that day on my calendar.

Little did I know that earlier that same day, my mother would take my two young sisters to the park to visit a few museums. After they finished looking around the museums, they went over to Central Park to have a little picnic and play with the other children.

While they were setting down blankets at the park, they saw a huge crowd gathering. My mother was curious about what was going on and asked one of the young girls who was already sitting down if she knew. The girl replied that there was a free concert with Pete Seeger and Arlo Guthrie. When my sister Lisa heard that Pete was playing, she remembered that I was also planning to be at this show — and for some strange reason, she thought that I was going to be playing there too.

The girls told my mother that they were going off to look for me and headed for the stage area. They were nine and six years old, so when they met one of the stage-hands and told him that they were looking for their brother, who was a friend of Pete Seeger, he brought them to the trailer where Pete and his wife, Toshi, were getting prepared for the evening’s show.

Lisa remembers walking into the trailer: “It was so strange, as we were only two little girls, and did not realize where we were, but as soon as the door opened, I recognized the big tall fellow with a grey bushy beard, holding a banjo.”

After a few moments of stunned silence Lisa blurted out, “I know you. You’re Pete Seeger.”

“Where do you know me from?” Pete asked.

“From watching Sesame Street,” she answered. “Do you know if my brother is here?”

“My brother is big fan of yours,” she replied, “and he plays the banjo, too. He is really good. I thought he said he was coming to see your show. Is he here?”

Lisa went on about her brother until Pete asked, “Who is he?”

“His name is Rik Palieri,” she said. “And, you know, he has some of your records too.”

“No, he isn’t here,” Pete told her with a chuckle. He then asked Toshi to make the girls some sandwiches, gave them some water and then sent them back out to play.

My sisters left the trailer and told my mother what had just happened. My mother really did not believe them but said, “That’s nice.” She told them that it was getting too crowded and that they’d better leave for home.

A few hours later, I arrived with Claudia and sat down to enjoy the show. During the concert, Pete said, “Tomorrow I will be performing at a riverfront festival in Hoboken, New Jersey, to benefit the Clearwater. Everyone’s invited.”

Hoboken was just a stone’s throw away from my parents’ new home, so Claudia and I planned to go.

The next morning, at breakfast, my sister said, “I met Pete Seeger yesterday.” I looked at her like she was crazy. “He was filing his nails,” she snapped back. Unaware of my sisters’ little promotional campaign, I just shook my head and walked out the door with my banjo slung over my back.

When Claudia and I arrived at the concert, there were already a few musicians playing together in a little circle, so I pulled out my banjo and joined right in. We played for a while, until someone called out, “Hey Pete’s here!”

Pete was dressed in a bright yellow T-shirt and black Greek fishermen’s cap. He joined our circle, unzipped his leather guitar case and took out his big, 12-string guitar and played along.

After a few songs he introduced himself. When he came to me he said, “And who are you?”

“You know, Rik,” he said, cocking his head, “I met your sisters yesterday and they told me you are a good banjo player. Why don’t you come up onstage with me and we’ll sing a few songs together with the rest of the group?”

“You met my sisters?” I stood there in shock, thinking You want me to join you on stage? Pete smiled and later welcomed me up onto the tall waterfront stage.