Bill Schubart has lived in Vermont with his family since 1947. Educated in Morrisville, Phillips Exeter, Kenyon College and UVM, his great uncle was the renowned photographer and champion of impressionist art, Alfred Stieglitz. Noted publishers of the time were well represented in his family. Roger Straus (Farrar, Straus, & Co.) and Alfred and Blanche Knopf (Knopf / Borzoi Books) were cousins and part of his early family on his father’s side. At Exeter, a sonnet he’d written earned admission to George Bennett’s creative writing class. Bennett taught many future American writers, like James Agee. Like Agee, Schubart went on to become head of the Lantern Club, Exeter’s literary society, and invited Father Flye to visit Exeter.

Schubart is fluent in French language and culture, which he taught before entering communications as an entrepreneur. He has served on panels and spoken at numerous industry and media events including Book Expo, IPNE, The DMA, and The Entertainment Marketing Conference. He writes about Vermont in fiction, humor and opinion pieces and is a regular columnist for VTDigger.

In 1972, he cofounded Philo Records http://en.wikipedia.org/wiki/Philo_Records_(folk) an independent record label that produces international artists in the folk and classical field, now part of the Concord Music Group. He also founded the Pleiades Music Group, a music publishing company. At 26 he was elected Chair of the Vermont Arts Council – the youngest trustee ever to serve as Chairman – and then served again at age 41. At 30, he joined the Board of the Vermont Symphony Orchestra. In 1984, he became Chairman of the Vermont Folklife Center. Schubart has chaired the Arts Council’s Media Panel, Literature Panel and Visual Arts Panels and has served as a resource panelist for the National Endowment for the Arts. He also chaired Fletcher Allen Health care, a 450 bed university medical center, The VT Business Roundtable, and VT Public Radio. He currently chairs the VT College of Fine Arts and serves on the board of the Shelburne Museum. Schubart’s interests include poetry, photography, stone gardening, logging, classical and primitive music. He lives in Hinesburg, Vermont, with his wife Katherine, a writer. http://www.Schubart.com 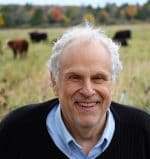 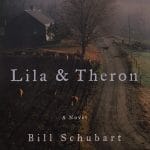 Lila & Theron: ISBN 9781682613566 – Set in rural America and spanning much of the 20th century, Lila & Theron captures the spirit of the American rural experience, as it relates to their personal stories of love and sacrifice. From the forward: “Lila and Theron don’t imagine themselves poor, nor do they covet what they don’t have. They are whole in themselves, and on their land and progress impinges little on their lives.” 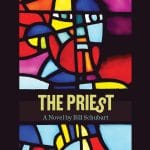 The Priest: ISBN 9780989712187 – I Wrote The Priest to explore the struggle many boys have becoming men – especially around sexuality – and how one boy finds safety within the vocational confines of his Catholic faith, only then to be astonished as he experiences life vicariously in the shadow of the confessional. Ultimately, he must confront his own emerging sexuality in the real world and reconcile the inevitable collision between the security of doctrine and the risks of being human. 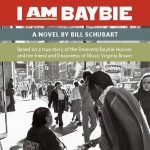 I Am Baybie: ISBN 9780983485292 – Nadine Hoover was sighted at birth and blinded by the drunken doctor bringing her into the world. The daughter she had herself as a teenager by a foster father who raped her became her greatest friend and comfort and Nadine kept her close until she died. Nadine renamed herself “Baybie” when she and her friend Virginia Brown moved to the streets of New York City where, she became a licensed minister and founded her church in an abandoned apartment in Brooklyn. If you lived in Manhattan and ever shopped at Bloomingdale’s in the late 60’s and early 70s, you met Baybie and Virginia singing there by the main entrance. 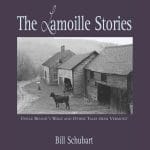 The Lamoille Stories: ISBN 9780989712101 – Author Bill Schubart brings to life the friends and characters of his native Lamoille County where in the late ‘50s and early ‘60s life was lived close to the earth and often against the grain. Schubart’s collection of 22 stories captures a Vermont in transition from an enclave of hill farms and small towns where everyone knew your grandfather to a Valhalla for urban expats seeking chairlifts or rural renewal. Schubart’s full-hearted and compassionate evocation of this Vermont is by turns poignant, funny and savory. The stories give readers a good excuse to stay up late to discover how Wyvis will circumvent the new prohibition on having more than three junk yards in your yard or what bait Pete Trepanier trolls with inside Mer-Lu’s bar in Hardwick on a Saturday night. This thoroughly enjoyable collection is as finely etched as the frost ferns on your winter window panes.