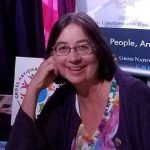 Ginny Sassaman is a co-founder, immediate past president, and advisory board member of Gross National Happiness USA, an organization working to promote the use of well-being measures in the United States. She created the Happiness Paradigm as a platform for teaching, writing about, and advocating for greater personal happiness and creating systems change for maximum well-being for all. Since 2013, she has also served as a lay preacher at Unitarian Universalist churches in Vermont, Massachusetts, Wisconsin, and South Carolina. She has given speeches and made presentations on the nexus between personal well-being and systems change in Seattle, WA; Burlington, VT; Princeton, NJ; Charlotte, NC; Santa Fe, NM; and New York City. Additionally, to promote greater well-being, Sassaman teaches secular meditation classes.

Originally from Central Pennsylvania, Ginny and her husband Bob spent many years living in Washington, DC, before settling near Montpelier, Vermont, in 2001. 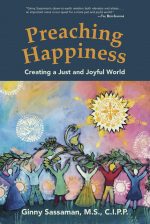 ISBN 9781578690268 – Preaching Happiness: Creating a Just and Joyful World – Creating thriving, peaceful, and content personal lives, while creating conditions for maximum well-being for all humans, animals, and the planet, requires soul-deep transformation. Through a series of secular sermons on a wide range of happiness skills, this book teaches and encourages that transformation.
View
This website uses cookies to improve your experience. We'll assume you're ok with this, but you can opt-out if you wish. Cookie settingsACCEPT
Privacy & Cookies Policy