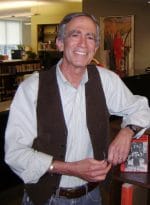 Jack Mayer is a Vermont writer and pediatrician. His was the first pediatric practice in Eastern Franklin County, on the Canadian border, where he began writing essays, poems and short stories about his practice and hiking Vermont’s Long Trail. He was a country doctor for ten years, often bartering medical care for eggs, firewood, and knitted afghans. From 1987 – 1991 Dr. Mayer was a National Cancer Institute Fellow at Columbia University researching the molecular biology of cancer. Dr. Mayer established Rainbow Pediatrics in Middlebury, Vermont in 1991 where he continues to practice primary care pediatrics. He is an Instructor in Pediatrics at the University of Vermont School of Medicine and an adjunct faculty for pre-medical students at Middlebury College. He was a participant at the Bread Loaf Writers’ Conference in 2003 and 2005 (fiction) and 2008 (poetry). His first non-fiction book is LIFE IN A JAR: THE IRENA SENDLER PROJECT. His new book, BEFORE THE COURT OF HEAVEN, is historical fiction about the rise of Nazism, and has received 14 book awards. His collection of poems inspired and composed in wilderness, POEMS FROM THE WILDERNESS will be published in Nov. 2020. 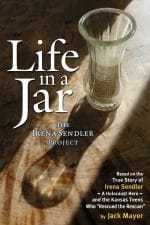 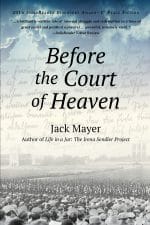